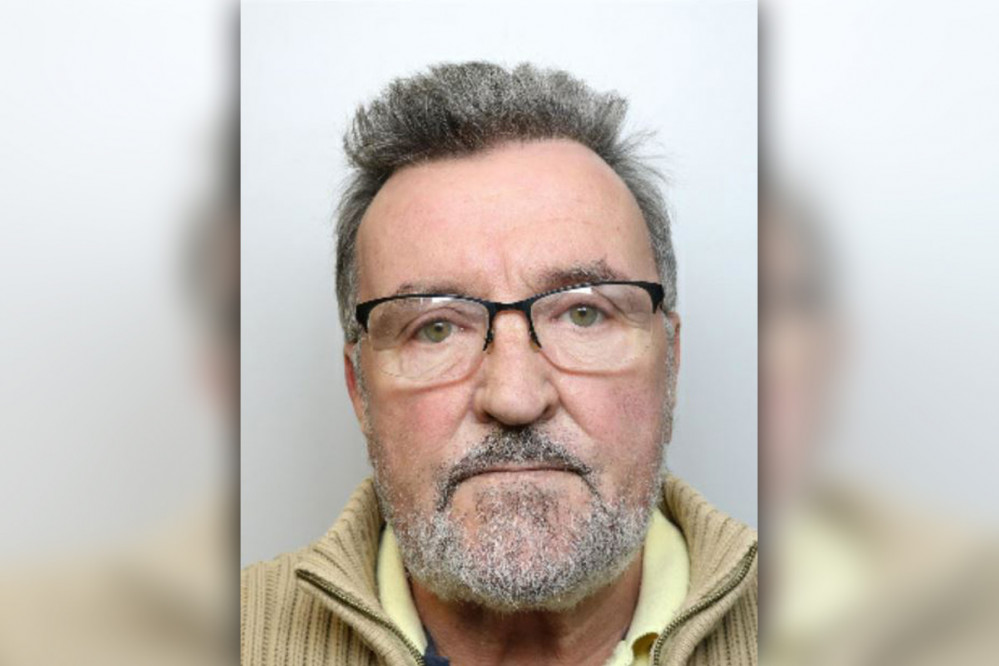 Patrick Costello of Woodville has been jailed for five years

A Woodville pensioner has been jailed for five years after committing sexual offences against three girls, the youngest of whom was just 11 at the time.

Patrick Costello, 68, denied 10 of the 13 offences he was charged with and was sent to trial at Derby Crown Court.

Costello, of Sun Street, was found guilty by a jury of all 10 charges which included several counts of gross indecency with a girl under 16, sexual activity with a child aged 13-17, and voyeurism.

The court heard how Costello repeatedly masturbated over the bodies of two of his victims whilst they were asleep in their beds.

He also filmed one of the girls while she showered and watched while she changed in her bedroom.

Costello's voyeurism continued when another girl became an adult and he watched her in the shower.

He had previously admitted making indecent images of a child, one count of voyeurism, and possessing extreme animal pornography.

The pensioner was sentenced at Derby Crown Court on May 18 and, in addition to the prison term, was handed a Sexual Harm Prevention Order and a notification requirement for when he has served the custodial sentence.

Detective Staff Investigator Lindsey Scribbins, who led on the case said:"I am so proud of the courageous and dignified way in which the three (now) women affected by Costello's crimes have conducted themselves during this investigation and subsequent trial.

"His offending was predatory, pre-meditated, and repeated, against three young girls when they were at their most vulnerable.

"My message for anyone out there who has been affected by sexual abuse or violence of any kind – whether now or in the past – is please come and speak to police about what happened to you.

"The survivors in this case came forward in recent years, despite the onset of this offending happening in the 90s.

"This shows that even cases of non-recent sexual abuse can result in a conviction.

"If you feel able, please report what happened to you -- we will listen, we will support you, and we will not judge."

Swadlincote: National Forest Company wants to hear your vision for the future of the area in an online survey