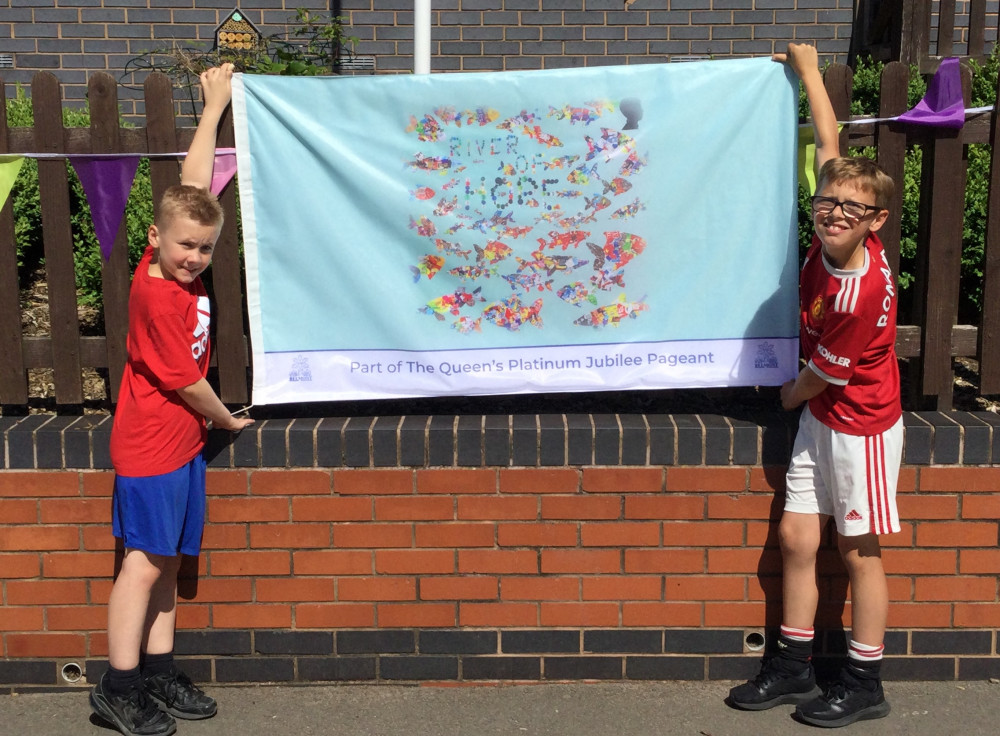 Proud pupils from Swadlincote have secured a unique place in British history thanks to their starring role during the Queen's Platinum Jubilee celebrations in London.

Tens of thousands of people are expected to gather along The Mall in London this Sunday to enjoy the carnival atmosphere of the Platinum Jubilee Pageant, an awe-inspiring show chronicling the story of Her Majesty's 70-year reign and our transforming society.

Taking pride of place during Act III's 'River of Hope' procession will be a stunning piece of art created by Year 5 children at Swadlincote's Belmont Primary School, whose picture of fish made from recycled materials was inspired by their hopes and aspirations for the planet over the next 70 years.

As one of only 200 school entries selected from across the globe, the image will be transferred alongside the other winners onto silk flags and be carried down The Mall, emulating a moving river in tribute to Elizabeth II's renowned love of the natural world.

Belmont head teacher Julie Fern said: "During one of Year 5's geography topics this year we examined the impact of pollution on a river's ecosystem and were so impressed by the children's knowledge of and passion for protecting our planet.

"When the opportunity to submit and entry to take part in the Platinum Jubilee Pageant's River of Hope procession came up, it seemed the perfect way for us to further support their desire to make a positive difference.

"We were amazed to be selected as one of only 200 schools worldwide to have our design featured in the procession and we're so excited to see the final result.

"The talent and support of the whole Belmont family – pupils, staff, parents and carers – has really come together to ensure a very special national celebration will be one that we'll certainly never forget."

Belmont's final design has a scalloped edging to reference a postage stamp and contains a silhouette of a pupil chosen by their peers.

In addition to featuring in the pageant and alongside the other selected entries, the artwork will be shown up and down the country on screens as part of the Jubilee celebrations.

One Year 5 pupil, Sophia, said: "It's fantastic news and we as a school are incredibly proud."

Another, Marissa, added: "When it was announced we'd won, it was spectacular. I felt so proud – it was a very special moment."

It will feature UK armed forces and military personnel from across the Commonwealth, as well as a vibrant display of British life since 1952 and a spectacular finale around the Queen Victoria Memorial in front of Buckingham Palace.