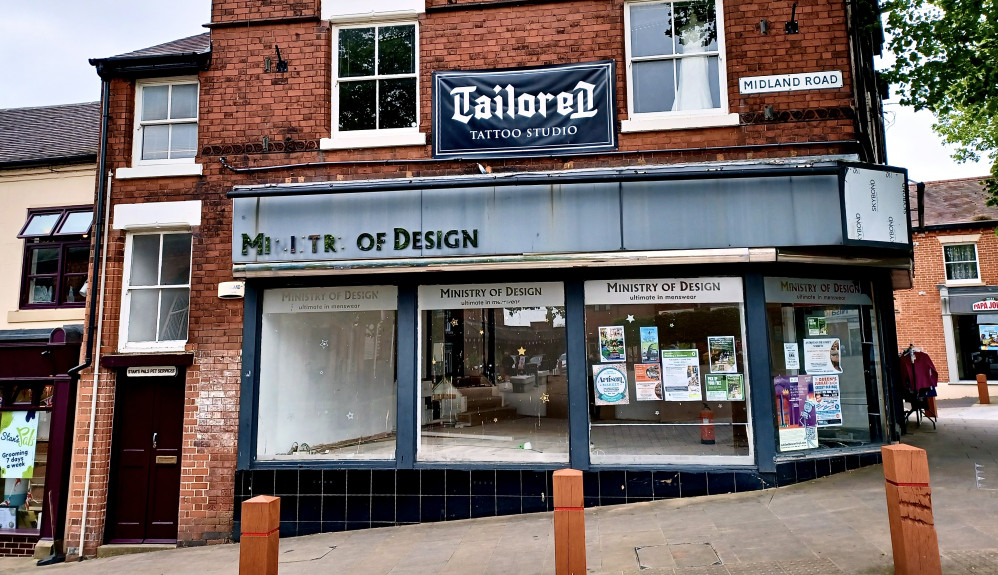 An historic Swadlincote high street shop is set to get a facelift more than 120 years after it was built.

Number One High Street was built in 1899 and has served as a shop ever since it was constructed.

However, the prominent building, on the corner of Midland Road, facing the Delph, has now been vacant for around two years after the Ministry of Design clothing shop closed down.

The unit has now been gutted in preparation for future use, possibly as another shop.

South Derbyshire District Council has applied to renovate and repair the exterior of the building in preparation for its re-use and to improve the appearance of the conservation area.

This will involve removing non-original advertising and shop sign boards and replacing them with more fitting designs including timber and other woodwork, with an aim to highlight the building's original historic features.

The new exterior, the council says "would significantly enhance the appearance of the building within the row of buildings".

PVC drainpipes and guttering would also be removed and replaced with cast metal versions, to better match the building's previous history. 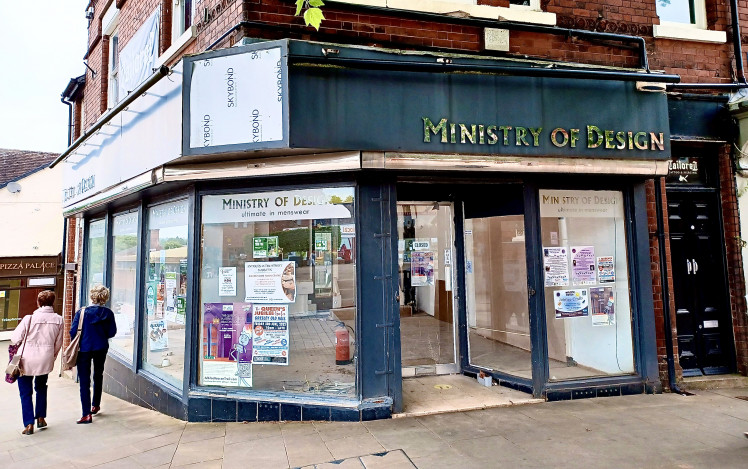 The council details: "The property is located on The Delph, which is an important open space in the town centre, on the corner of High Street and Midland Street.

"The building is three storey and is of traditional brick and tile construction, and was built in 1899.

"The property has been used for a range of shopping and commercial uses.

A report, submitted by the council as part of its application, details that in 1930 the property was run by the Foster Brothers Clothing Company Limited, a Birmingham-based menswear firm who marketed themselves as 'The Cheapest Clothiers in the World'.

Theaker's, which was a drapers – selling textiles and fabrics – has also shared the building.

District council officers have recommended that the plans are approved at a meeting on Tuesday, May 31.