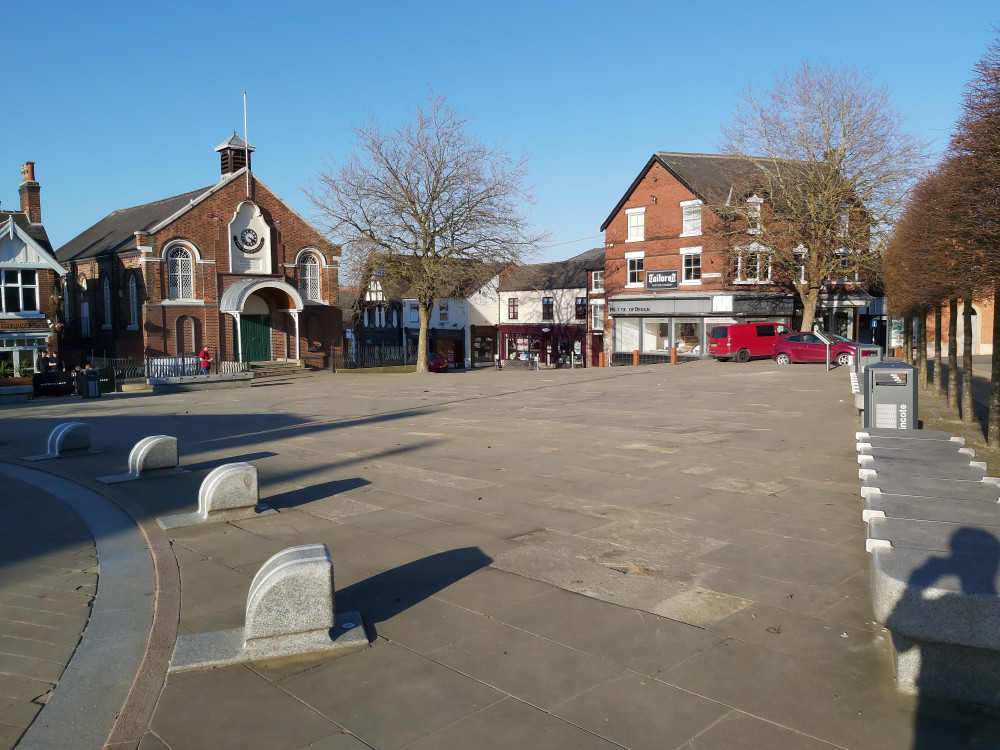 Lights which turn on when they detect movement are set to be installed on planned new car parks in a Derbyshire town centre in a bid to prevent anti-social behaviour.

As part of the redevelopment, largely funded by business rates, the former indoor market in Midland Road would have its roof removed and the site turned into an event venue called the "Light Park" for food fairs, concerts, open air film screenings, silent raves and beer gardens.

The site, built in 1984, would also return to use as a car park with 33 spaces. It would be dubbed the "Light Park" because lighting would be attached to what are currently roof brackets for the indoor market – which closed in 2019.

The route from Midland Road past the library to the bus station would be resurfaced and given improved lighting.

Existing buildings Bank House and Bretby View, across from the former indoor market, closed for more than a decade and the council says they are in a "extremely poor condition" and "beyond economic repair".

As a result, the council intends to demolish them and create a 45-space car park on the site.

In its planning application, the council details that "concerns over anti-social behaviour in the area at night have been addressed by provision of CCTV and lighting activated by sensors".

It also says "regular anti-social behaviour" on the site is a key reason to bring the site back into use.

Meanwhile, Sabine's Yard, currently an area of fenced-off derelict land last used a decade ago, would be turned into an urban "pocket park" with children's play equipment, trees, wildflowers and other plants. It would also become home to an 18-space car park.

The district council's planning committee will make a decision on the plans in the next few months.

A press release issued by the council says that if the plans are approved, works would be complete by Spring next year.

It details that work to resurface the pothole-ridden Delph area in the centre of town would be carried out within the same time period. Further bollards will also be installed to block vehicle access onto the Delph, which is frequently host to numerous takeaway delivery drivers' cars.

When the council signed off funds for the Swadlincote regeneration project in March, Cllr Neil Tilley had said he had been on the council for 16 years now and there had been talks of regenerating the town centre for that entire duration and was "really pleased" to see it coming forward.

Cllr Melanie Bridgen, leader of the Conservative Group, had said: "It is an absolutely excellent project and I am pleased to see such an imaginative project coming forward, and we have a marvellous town centre already."

Cllr Amy Wheelton had said the scheme represented "the start of a rejuvenation".

Cllr Mick Mulgrew, had said he had been on the council for 20 years and that: "Swadlincote is widely regarded as the centre of South Derbyshire, but she is a tired old lady now."

He said the Delph paving "has been a disgrace since day one" and that the regeneration project was "absolutely brilliant".