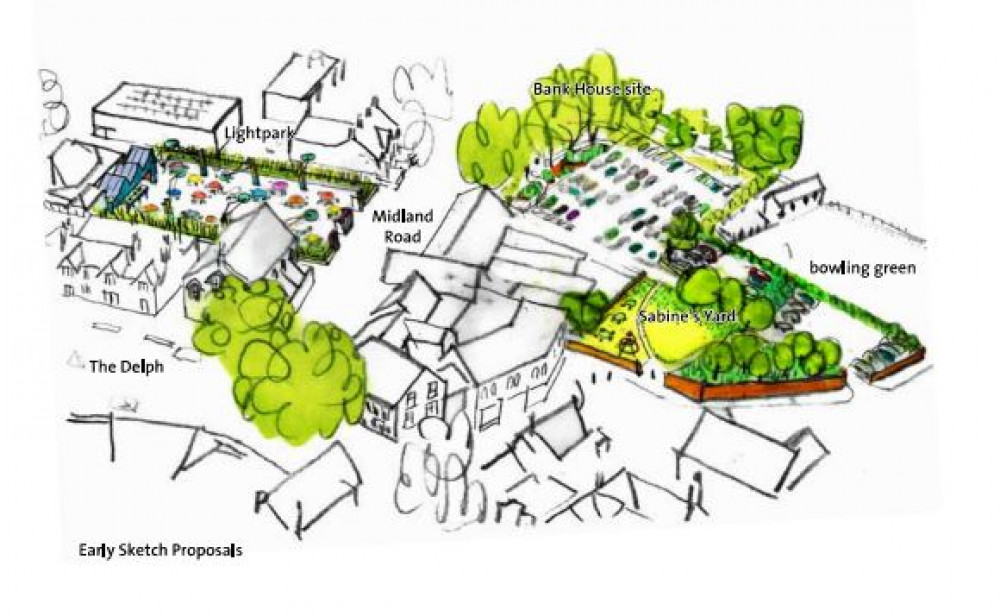 A sketch of the proposals show what has been planned

Plans have been submitted for the redevelopment of an area of the town centre - with work scheduled to be completed by next Spring.

The South Derbyshire District Council scheme, subject to planning permission bring granted, would see a multi-functional event space created on the site of the former covered market in Midland Road.

Events such as theatre and performance, specialist markets and open-air cinema are envisaged in addition to the site being available for free car parking.

Frank McArdle, South Derbyshire District Council's Chief Executive, said: "I am pleased that we are able to submit detailed plans and illustrations for the regeneration of a major part of Swadlincote town centre.

"The plans also include work to be carried out to clear the former Sabine's Yard site off Belmont Street and demolish the former Bank House building off Midland Road. 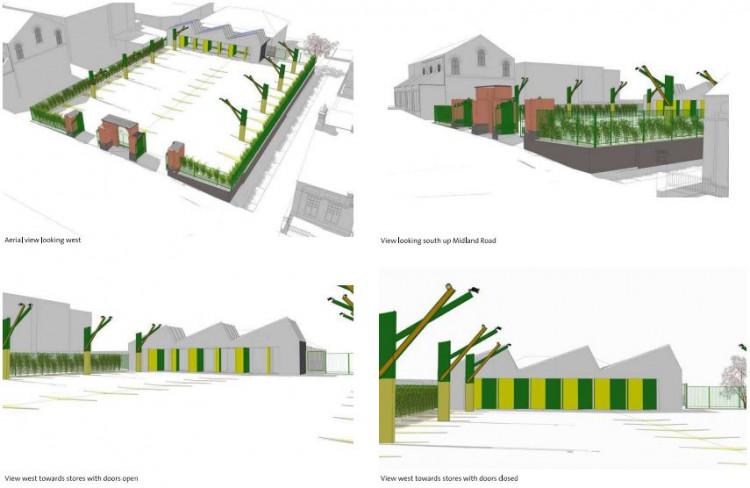 "This will allow the creation of a pocket park with a small wildflower meadow, a picnic lawn, trees, a play area and a considerable amount of free public parking at the northern part of the site.

"A further 63 additional free public car parking spaces will be provided on the site of the former Bank House building.

"However, the five large trees on the approach from Civic Way will remain and be protected.

"If approved, the work would be carried in conjunction with the replacement of the surface and complete refurbishment of The Delph area in the centre of the town."

The plans will be considered by South Derbyshire District Council's Planning Committee and, if approved, the work would be completed by the Spring of next year.

Sabine's Yard: Sabine and his brother were blacksmiths who lived in Swadlincote in the early 1800s.

Amongst other things, they invented the extrusion machine for making sockets on the ends of clay pipes.

This was used by the pipe manufacturer, Thomas Wragg, with great success as it meant sections of pipe could be joined together more easily.

Sabine's Foundry made munitions during the first and second world wars.

Bank House/Bretby View: The form, scale and fenestration of Bank House all indicate an original use as a domestic dwelling, probably constructed in the late 19th Century.

Bretby View appears similarly domestic in scale, but the detail of the fenestration indicates a later, probably Edwardian construction.

The details of the changes in use over time are difficult to precisely identify, but the latest use, abandoned in the early 21st Century, was as an office building accommodating a legal and financial services company